We all come from Greece and are pupils of the 13th Primary School of Chalandri, in Athens. Teachers and pupils from my country, Turkey, Italy, Latvia Romania and Spain will cooperate in this programme,   so as to elaborate a European project entitled:”Play with me not with the P.C.”

Now I would like to tell you a few words about my country.

The size of our country is one hundred and thirty two thousand square kilometres, its population is about eleven million people and the political system is Presidential, Parliamentary, Republic. The climate in Greece is temperate with wet winters and hot summers. Our spoken and official language is modern Greek.

Greece is the place where the classical culture was born along with Democracy, the Olympic Games, the Theatre (both tragedy and comedy), as well as the major principles of mathematics, science, philosophy, historiography and political science.

Now looking at the screen we will show you some of the most important archaeological sites, well-known places of our country and eminent people.

These are archaeological finds in Vergina, where Alexander the great was born and lived. Here we can see the second biggest city in the north part of Greece, Thessaloniki. You can see the white tower and the old part of the city. Famous cities in the northern Greece are Kastoria and Ioannina with their beautiful lakes and Prespes, which is an enchanting aquatic landscape.

To continue with, these are photos of Thrace a region in the northeastern part of Greece with its picturesque multicultural cities such as Komotini, Alexandroupoli and Xanthi.

This screen shows photos from a famous holiday resort, the peninsular of Halkidiki. Particularly, here we can see the famous monasteries of the holly mountain, Agio Oros, which can be visited only by men.

The following photos are from Central Greece. These monasteries which look like eagle nests rise into the air on the Meteora rocky hills. We can also see Karpenisi, famous Delphi which was thought to be the centre of the world in ancient times and Pelion the mountain of Kentavri  , the well known characters of mythology who were half men and half horses.

In the south part of Greece is the region of Peloponnisos. In these photos we can see the castle of Mystras and Olympia where the first Olympic Games took place in ancient times.

These are other archaeological sites in Peloponnisos that is the ancient grave and palace of Agamemnon in Mikines,  and the famous ancient  theatre of Epidauros,  which is well known for its great acoustics and where a lot of  performances still take place.

Now we can see a group of islands in the eastern Aegean Sea,  that is Samos, the birth place of the great mathematician Pythagoras, Limnos, Mitilini, Xios with its mastic tree and Ikaria.

Now we see a group of islands named Cyclades. Delos in particular is a small uninhabited island where it is said that God Apollo was born. Here are pictures of other well- known islands in Cyclades, such as Andros, Tinos, Milos, the world known Mykonos,  Sifnos,  Serifos, Paros and Santorini  with its amazing sunset and its traditional churches that dominate all places.

Here are Dodecanese another group of island in the southeastern part of the Aegean Sea. We see photos of Patmos, Kos and Rhodes.

These are ruins of Knossos a famous ancient city on the island of Crete which was the center of  Minoian civilization.

Now going to the west we can see some islands in the Ionian Sea such as Corfu, Kefalonia, Zakintos and Lefkada which are characterized by their crystal green-blue sea waters and their endless sandy beaches.

We continue with photos of famous ancient Greeks, Socrates Plato, Aristotle, Pericles Democritus,  Pythagoras ,Archimedes and Homer, who contributed to humanity a great deal in the fields of  literature, poetry, philosophy, mathematics, arts,  politics and civilization in general.

Here some photos of famous contemporary Greeks, Maria Callas the greatest soprano of the 20th century, Mikis Theodorakis the musician, Odysseas Elytis and George Seferis who got the Nobel Prize in literature,   George Papanikolaou who invented the pap-test for women and many others.

Here is Athens the capital of Greece.  Athens is a centre of financial, industrial, economic and cultural life in Greece. It is one of the world’s most ancient cities with its recorded history spanning around three thousand and four hundred years. Classical Athens was a centre of Arts and philosophy and the birth place of Democracy. The most famous ancient monuments are the Parthenon on the Acropolis Hill, the temple of the Olympian Zeus, the temple of God Poseidon  in Sounion and many others.

Here, you can see pictures of the modern museum of Acropolis, where the ancient and recent archaeological finds are exhibited to the public.

This is Halandri, the area we live in.  Halandri is a suburb in the north east part of Athens. It is one of the biggest and densely populated areas of Athens. In the ancient times it was called Flia, which means fertile land with lust vegetation and many water springs still retained in some areas.  Chalandri is a big commercial and business centre and has got many cultural, educational and sport facilities

Our school is the 13th primary school,  a quite small school with one hundred and forty-seven students and fifteen teachers. The subjects being taught are: Greek language and literature, mathematics and science, history and mythology, religion, social studies, geography, arts (music, theatre and painting), English, French and physical education. The school is running a lot of environmental projects as a member of the Eco School Net Organization.

We finish our presentation with us doing some educational activities. 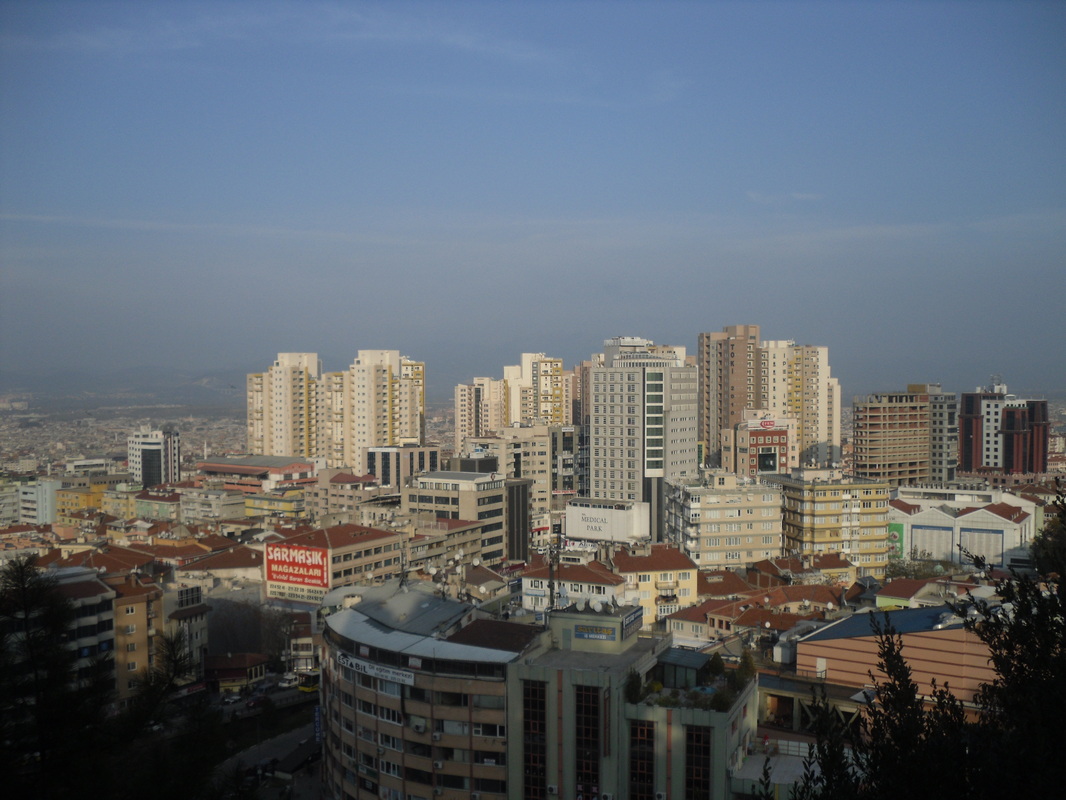